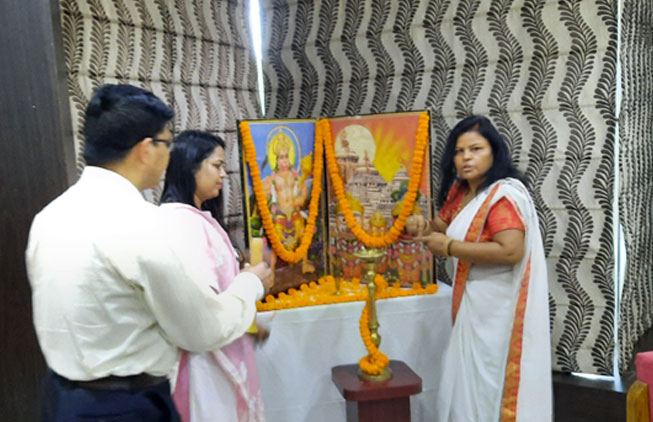 The International Online Conference on Digitalization and Revitalization of Cultural Heritage through Information Technology – ICDRCT-21 was hosted by School of Humanities, KIIT Deemed to be University in collaboration with Routledge and Research Chronicler on November 23-24, 2021.

Speaking at the inaugural session, Prof. Yuangshan Chuan, International Lion University, Kaohsiung City, Taiwan gave an informative talk on World Culture Digitalization and Revitalization in the Era of Covid-19. The inaugural session was graced by Prof. Hrushikesha Mohanty, VC, KIIT-DU; Prof. S. Nanda, Head-Cir; Professor A. K. Sen, Chairman UG Program and Dean – in – charge SOH; and Prof. J. R. Mohanty, Registrar, among others. Congratulating the convenor of the conference Dr. Deepanjali Mishra and her team, they stated that the theme of the conference was very pertinent and it was the right time to work towards preserving indigenous folklores for posterity, not just superficially but in such a way that the inherent values of our culture were understood and passed on. A vote of thanks was extended by Dr. Sukanta Chandra Swain, Associate Dean.

The technical sessions saw varied presentations on different aspects of folklores; reflections and schemas of preserving them. There were talks on how simulations and graphics could mar or facilitate human imagination, roles of artificial intelligence, data and analysis and applied phenomenology on preservation of culture. The impact of social media was discussed. Talks on robotics and e-commerce threw light on the changing dynamics of the culture.

The plenary session began with a video presentation by Prof. Anthony B. Buccitelli, Director, Pennsylvania Centre for Folklore who spoke on “Parsing (Digital) Heritage: Institutional and Vernacular Excursions in Heritage and Technology”. Prof. Zachary J. McDowell, University of Illinois at Chicago, USA gave an insightful presentation on Wikipedia.

Prof. Luo Liang, Prof, Department of Modern and Classical Languages and Literature and Cultures, University of Kentucky, USA gave a talk on ‘The Global White Snake.’ This was followed by a talk by Prof. Shivaji Sargar, Prof, University of Mumbai on the problems that migrating people, especially the tribals, faced and a need for the policy makers to implement changes to stop the atrocities on them. Dr. Mahendra Mishra, National Advisor, Multilingual Education, Former Sate Head, Govt of Chhattisgarh spoke about the beauty of living traditions and the humaneness in human experiences.